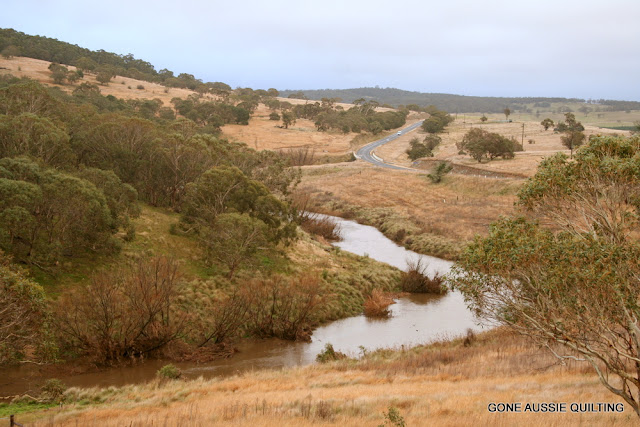 Yesterday morning I woke up early and took this photo out the on the deck with the eery sunrise light to show that the river had come up higher than usual.  We had two mornings of bright red sheperd/sailor warning sunrises. 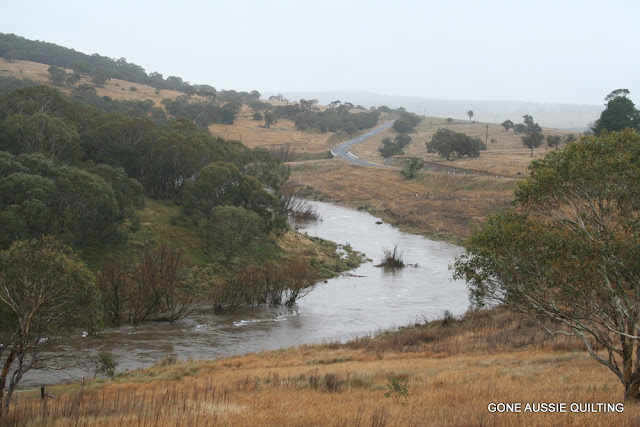 After my husband decided to go to the farm and check on the pump by the farm river I took this photo.  It was about an hour later... 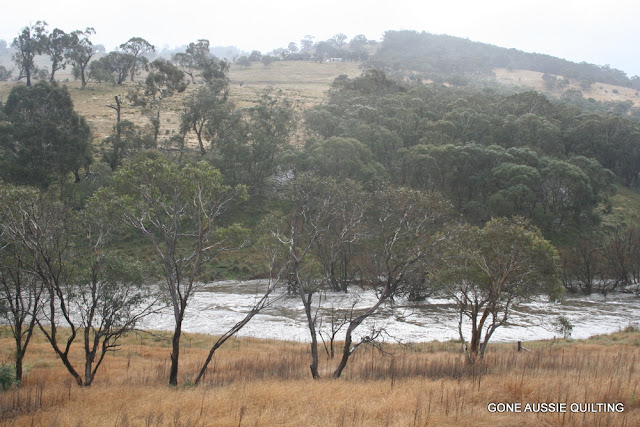 It quickly turned to this. 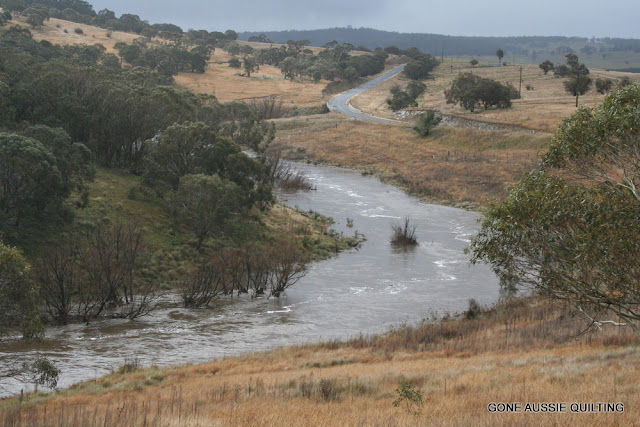 And this. Lucky he got the pump, but it was in the water and had to go waist in to get it.  This is the second flood we've had this year.  Before that, it was about 20 years that this river has had so much water flow down it!
Posted by Jeannette Bruce at 10:10 PM