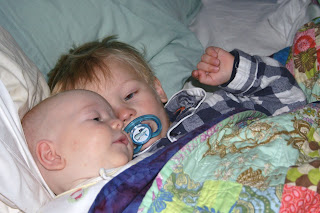 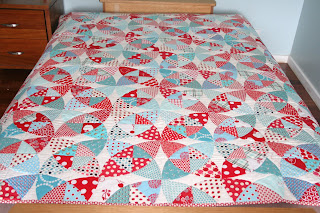 So, today I was thinking I better keep up with my blogging before more time melts away. I like to keep up with my blog as it is a good way to show a few pictures of my life and family here to my non facebook people:) This morning we woke up to the beautiful sound of rain! What a lovely way to wake up, but even better than that it was a thunderstorm! We don't get too many of those around here -- at least not in comparison to Michigan standards so I treasure each and every one of them. It was so snug and cosy--Ollie sleeps in bed with us mostly so lately Alexander has been wanting to climb under the covers too! I think it is so cute how he always wants to snuggle up with Ollie, he's even learned to say his name though it sounds a bit like owie:)

I wanted to say thank you and sorry to all of my blog readers who commented that they were worried about my lack of posting! I admit, I was a bit worried about myself there for a while too;) Just kidding! But, if anyone says having kids is a piece of cake and it's only good times, I don't believe them. However, I do believe every moment is worth it-even during the moments when I am living in a schreihaus (which are often).

I finally got a picture yesterday of the red and aqua Winding Ways quilt that I was working on before Ollie was born. Just in case anyone was wondering I used a template set to make the blocks. I think they were by Marti Mitchell. And even though the curves look difficult, they are not too bad. Give it a try! The quilting on the other hand was a little slow going. This is the quilt I was quilting when I broke my walking foot! I ended up taking my machine to a different place than where I bought it to get serviced after a nasty experience with the owner. I bought a new walking foot from the new place, but the guy that was looking at what happened said that it couldn't have happened quilting! It did! I also found out he designed the foot! Anyway, he was good at servicing my machine and I have no other complaints. Watch out for curved quilting though--I did stitch the whole quilt in the ditch!

Ok, now back to the Schreihaus...
Posted by Jeannette Bruce at 9:10 AM

I really love this quilt! the colours are just gorgeous!