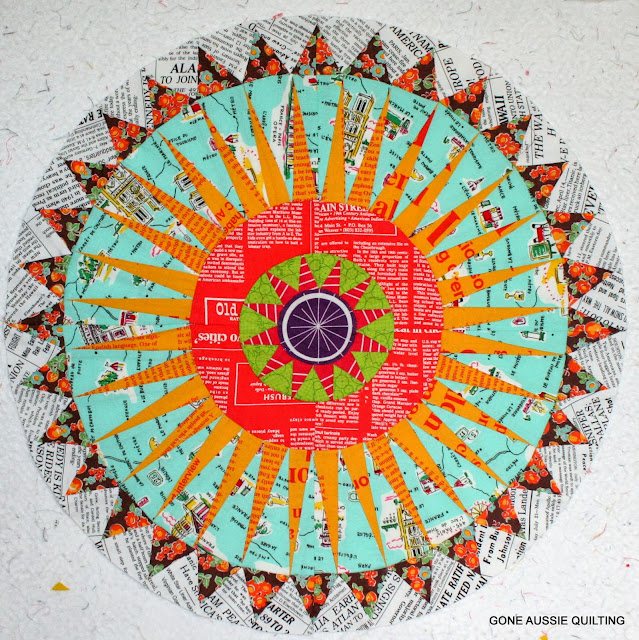 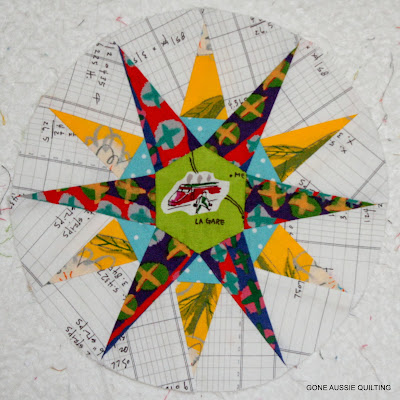 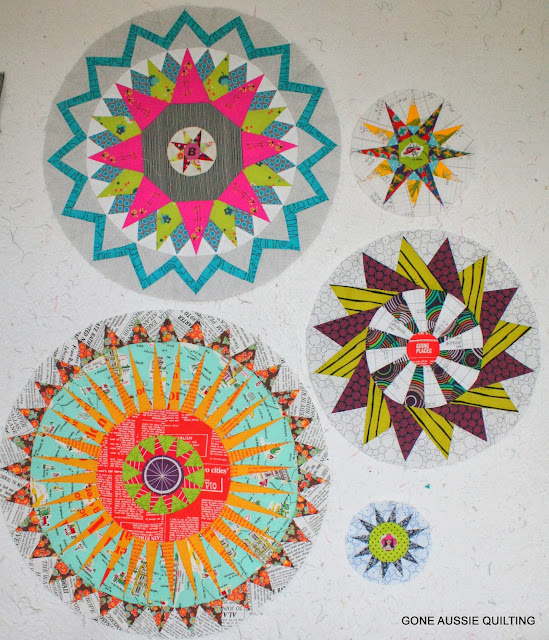 I have been debating and debating how I would do the New York Beauty block in my Lots of Dots quilt by Chris Jurd.  Although I like the quirkiness of the original as it adds interest to the quilt, I decided in the end that I want to keep mine more uniform--especially if I decide to play with the placement a bit differently in the final layout.  Instead of the four different New York Beauty blocks, I decided to make one four times and sew together as one large radiating sun.  I then found that the center was far too large so I played around with the center and decided to make another of month one's blocks to fit into the center.  Heh, heh, I'm happy with the result now.

I also had forgotten to take a picture of the second block I made from month two, which is shown in the second photo.  I'm trying to keep a little bit of a travel theme with this quilt and will be fussy cutting here and there to try and reflect that.

The third photo shows all the blocks I have made so far all together so you can get an idea of the scale of the various "dots".  I still have to make the second block for month three...
Posted by Jeannette Bruce at 1:33 PM

So beautiful! You always amaze me!

Perfection...and much more interesting than the original pattern...if I am allowed to say that :-)

Love them!! I haven't done a nyb in a while, but they sure are addicting once you get going :)

Great work Jeanette. I love how you've made it your own and the travel theme is so quirky!

Wow! Brilliant fabric choices! I like your idea of making full circles with the NYB blocks.

I love your circles, especially that newest one!

Love your dots! It looks as if there is a lot of movement in them. Your colour choices are spectacular!
Groetjes
Annemieke