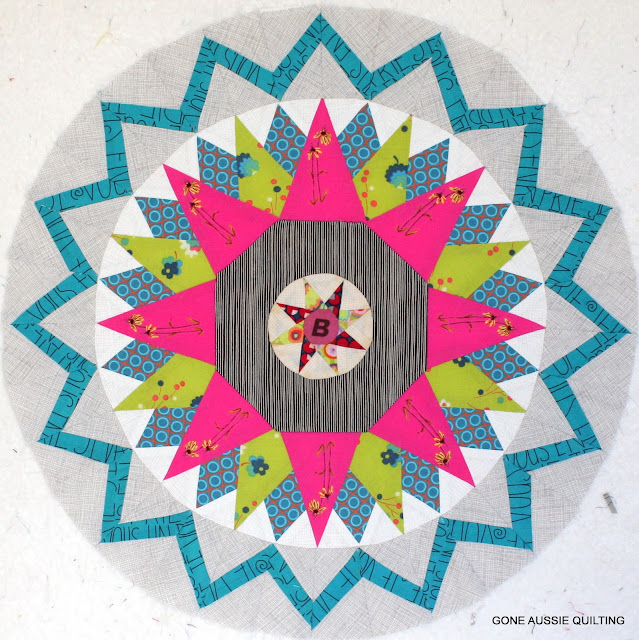 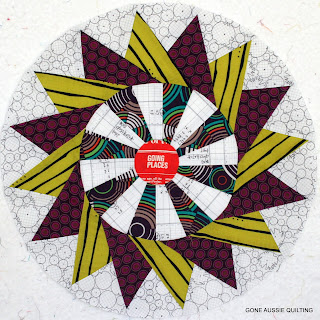 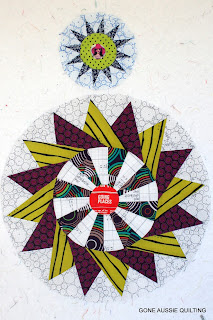 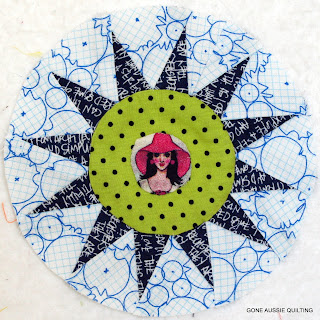 I have to tell you, this has been quite a week.  Whew!  Nothing concerning, but just one of those weeks in which nothing seems to run smoothly and you end up a bit frazzled.  Ollie turned 3 on Monday, and while I would like to say we had lots of celebrations and great fun, it didn't turn out that way.  He opened up his presents early in the morning and barely had the energy to play or enjoy the excitement of it all.  He curled up in my lap and cried, while his brother coughed and wheezed with Asthma.  So, I spent that day making trips to the doctor's office and chemist.  Whatever this virus is this year, I do know that it has been a whooping big one.  I had it five weeks this winter and now the kids are going through it.

I didn't get very much done on the sewing front, but I did finish the second block in the Block of the Month--Month One, Lots of Dots by Chris Jurd.  Today I finished the first block of the Second Month (I only had a bit of applique left to sew down).  I worked on these in bits and pieces as I was in the sewing room working on customer quilts.

I did leave the link in my previous post about where you can find this pattern, here, if you would like to have a look.  A few people did mention that they thought the price of the pattern was high, but I can say now after making a couple of the blocks now that it is quite understandable considering each month is as detailed and intricate as an entire average quilt pattern.  Also, I have to say, that I have purchased many quilt patterns that weren't worth the powder to blow them up, but Chris's writing is accurate and explains her process very well.  It isn't easy to write patterns!!!  Ehem, I'm finding that out currently.

Posted by Jeannette Bruce at 6:45 PM

I love the blocks. I do hope everyone gets well

Wow, wow and wow. Your fabric choices are spot on. I may need to re-evaluate my comment re the price of the pattern!

Wow! They are beautiful!

Thanks for the plug again my dear!
Your blocks are stunning once again.
I am in Brisbane at the moment with 7 others at the v and a quilt exhibition fantastic and Mandy from mandalin is with us. Such fun and what a small world.

I just love those block......absolutely amazing. Thanks for sharing Marie (mlismore@optusnet.com.au)

Those blocks are just masterpieces. And you're right, writing a pattern is an incredible amount of work.